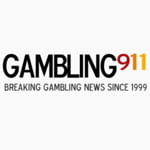 Video novid Featured Not Featured Language English For horse racing fans the first Saturday in May is now the first Saturday in September. Like everything else in 2020, the Kentucky Derby had to work around COVID, postponing the original running for four months. Not only is the 146th Run for the Roses getting a later start, it forfeited its spot as the first leg in racing’s Triple Crown. Tiz the Law won the Belmont Stakes back in June and heads to Louisville looking for the second jewel of the Triple Crown as a negative odds favorite on the current line. We have a smaller field than usual following the withdrawal of 20/1 longshot King Guillermo earlier in the week.  Bookmaker.eu is offering a generous welcome bonus (bonus max $1600) *Up to $1600 welcome bonus*Payouts in just a few hours with certain funding methods *Highest betting limits on the Web *Accessible from most US states (prohibited in NJ) *Best in-play betting all NBA, NHL Playoffs games *In business since 1986LEARN MORE HERE 2020 Kentucky Derby  Date and Time: Saturday, September 5, 2020, 7:01 p.m. ET  Location: Churchill Downs, Louisville, KY  Kentucky Derby TV Coverage: NBC  Barring anything unforeseen happening before post time, this is a race Tiz the Law should win. The colt has been dominant heading into the Kentucky Derby with a trio of Grade 1 wins. He beat Dr. Post by four lengths at the Belmont Stakes with Max Player taking third, over five lengths off the pace. The field is a bit different with only three horses in the field that ran at Belmont Park.  If there is a concern about Tiz the Law it’s that he was placed into the 17th slot in the starting gate. Why is that a concern you ask? Well, in the previous 145 editions no horse has won from that spot. Of course there haven’t been many horses like Tiz the Law in the 17th post either.   There is one other thing to think about when wagering on the derby. Tiz the Law has won all but one of his seven career races with the lone defeat coming at Churchill Downs in last year’s Kentucky Jockey Club Stakes when he finished third. Finnick the Fierce placed second that day and is currently matched with five other horses at the bottom of the odds board.  King Guillermo likely wasn’t going to be a threat, so his backing out isn’t a big deal. The second favorite on the opening line being scratched is a huge deal. Art Collector, one of Tiz the Law’s top competitors for the blanket of roses, withdrew due to a minor injury.   Odds to win 2020 Kentucky Derby  Tiz the Law -125  Honor A.P. +626  Authentic +826  Ny Traffic +1618  Thousand Words +1819  Sole Volante +3261  Money Moves +3564  Max Player +4050  Enforceable +4050  Storm The Court +4050  Attachment Rate +4050  Finnick the Fierce +6050  Major Fed +6050  South Bend +6050  Mr. Big News +6050  Necker Island +6050  Winning Impression +6050  Winner in six of his seven races, including four G1 triumphs and three in a row, Tiz the Law is the class of the field and the oddsmakers agree with the experts. He bested Max Player and South Bend, a pair of horses he’ll run against on Saturday, in last month’s Travers Stakes, and ran away from the field to win the Belmont Stakes. If you’re worried about his starting position, don’t be. “I like it being on the outside. I didn’t want to be out that far, but we have been. He seems to handle everything that gets thrown at him,” trainer Barclay Tagg said of Tiz the Law.  With Art Collector scratched the closest pursuers figure to be Honor A.P. and Authentic, who are next in line on the odds chart. Honor A.P. has been on the board in all five starts, but he’s yet to run 1¼ miles. Any Bob Baffert-trained horse has to at least be considered. This year the one to watch is Authentic, who beat Honor A.P. and Storm The Court in the G2 San Felipe Stakes in March.   Authentic ran second to Honor A.P. at the Santa Anita Derby in his first G1 race before edging Ny Traffic last time out at the G1 Haskell Invitational. He’s certainly worthy of outlasting the field on Saturday, though he also has yet to scamper 1¼ miles.  One longshot getting a lot of traction is Attachment Rate. He’s connections aren’t as strong as others in the field and he has yet to win a Graded race, but he has shown improvement. And with the field shrunk things open up. He also hasn’t raced the distance, but Attachment Rate is built to endure the 1¼ miles gallop. He has more speed than others in the field and should be considered in an alternate market.  Bet the Kentucky Derby at BookMaker.eu  Tiz the Law is a good bet to win the Triple Crown; to do that he has to lead the field at Churchill Downs. I don’t see any horse having enough down the stretch to close the gap and anything short of victory would be a disappointment. Longshot Country House was declared the winner last year following the disqualification of Maximum Security, so an upset can happen. Other than that the favorite has had success winning the previous five Derby races. There are horses that shouldn’t be overlooked, though. Authentic is running well and Ny Traffic blossomed this year finishing second to top three-year-olds in his last three gallops.  Kentucky Derby Prediction: 1) Tiz the Law 2) Authentic 3) Ny Traffic  Access live betting lines from your mobile device at BookMaker sportsbook! Real-time spreads, totals, props and money line are all available so start betting with BookMaker today. - Phil Simon, Gambling911.com General Category Horse Racing Topic Gambling News Sports Betting Sports Horse Racing Image